The seven-phase elections to five states—Uttar Pradesh, Punjab, Goa, Uttarakhand and Manipur—will be held from February 10 to March 7. 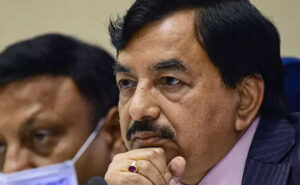 Votes will be counted on March 10.

As many as 690 seats are up for grabs in the elections with BJP to defend its governments in UP, Uttarakhand, Manipur and Goa, and the ruling Congress facing a tough challenge from AAP in Punjab.
Announcing the poll schedules on Saturday, Chief Election Commissioner Sushil Chandra said Uttar Pradesh (403 assembly seats) will witness seven-phase polling (February 10, 14, 20, 23, 27, March 3 and March 7).

Punjab (117 seats), Goa (40 seats), and Uttarakhand (70 seats) will vote in a single phase on February 14 and Manipur (60 seats) in two phases on February 27 and March 3.
The notification for elections in three states —Punjab, Goa and Uttarakhand—will be issued on January 21.