Bachchhan Paandey is set to suffer because of the sleeper hit The Kashmir Files. It is expected to do double-digit figures on opening day but the collections will be drastically lower than Akshay Kumar’s last release Sooryavanshi.

Akshay Kumar and Kriti Sanon star in the crime comedy Bachchhan Paandey, which has released on the occasion of Holi. The movie was supposed to do great business at the box office, seeing this is Akshay’s return to genres he does best in- action and comedy, but since The Kashmir Files has become a sleeper hit, doubt has been looming over Bachchhan Paandey’s prospects at the ticket window. 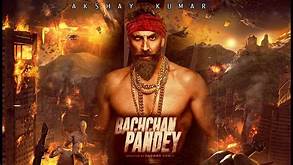 Girish Johar said , “Akshay Kumar brings people to theatres four times a year. So, even the exhibition fraternity prefers him as he brings the audience to theatres. He has created his own market.” He further added, “The films he does are different from each other. So, there is no fatigue among the audience. He has done content-driven films and masala entertainers in almost equal measure. That’s the reason he is sought after at the box office.”

Earlier, there were reports that claimed that Akshay’s film was set to do record-breaking collections at the box office. However, after The Kashmir Files has won favour with the audience, it has spelled bad news. Now, since the number of screens for The Kashmir Files has increased from the initial number 700 to 4000, the shows for Bachchhan Paandey have automatically suffered. 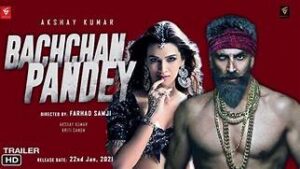 Despite these odds, a Box Office India report claims that Bachchhan Paandey is set for a good opening in India. Since the release day coincides with Holi, most of the North Indian audience will be looking to catch the early evening shows of the film. However, in cities like Bengaluru, Hyderabad and Pune, the morning shows have registered good occupancy.

The advance bookings for Bachchhan Paandey were reportedly low, which would have made it open at very less numbers. But, things are not looking so gloomy anymore. Chances are the film will get a double-digit opening if The Kashmir Files does not spring a huge surprise, yet again. However, it is certain that Bachchhan Paandey will suffer because of The Kashmir Files and would not be able to do Rs 18-20 crore opening day business as it would have in the absence of strong opposition. 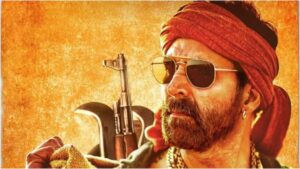 Another thing is certain that it will be opening drastically less than Akshay’s last release Sooryavanshi, which earned Rs 26 crore plus on day one last Diwali.