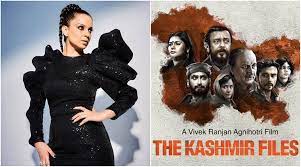 Vivek Ranjan Agnihotri’s ‘The Kashmir Files’ has opened to a decent response at the box office. Lauding the film’s success, Kangana Ranaut questioned Bollywood’s silence about the movie. 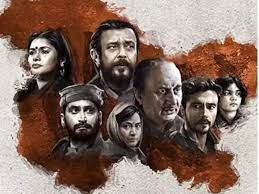 “Please notice the pin drop silence in the Film industry about #thekashmirfiles. Not just content even its business is exemplary… investment and profit proportion might be such a case study that it will be the most successful and profitable film of the year… It also broke many myths about theatres being exclusive for big budgets, event films or visual/VFX spectacles post pandemic. It is breaking every myth and preconceived notion that was there and bringing back the audience to the theatres. 6am shows in multiplexes are full, it’s unbelievable!!! Bullydawood aur unke chamche sadme mein chale gaye hai… Not a word, sari duniya dekh rahi hai inko lekin phir bhi not a word… Their time is up!!” the actress penned on Instagram. At the box office, ‘Kashmir Files’ has raked in over Rs 11 crore in two days. Anupam Kher’s performance in this entertainer has been widely appreciated. 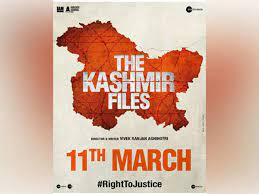 Kangana Ranaut is currently busy with her reality show ‘Lock Upp’. Backed by MX Player and Ekta Kapoor, this show recently received highest live views. Apart from this OTT show, Kangana has an interesting line up of films like ‘Tejas’, ‘Dhaakad’, ‘Manikarnika Returns: The Legend Of Didda’, ‘Emergency’ and ‘The Incarnation: Sita’.
Yami Gautam Dhar is currently in an interesting phase of her career. She already has quite a few content-driven films like ‘Vicky Donor’, ‘Badlapur’, ‘Kaabil’ and ‘Uri: The Surgical Strike’ in her kitty. However, it’s her effortless portrayal of a social media influencer Pari in ‘Bala’ put her in the spotlight.

Yami’s recent release ‘A Thursday’ saw her playing the shady character of a teacher who holds her kindergarten school students as hostages. 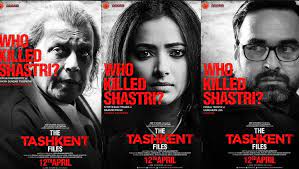 The versatile actress currently has as many as five projects waiting for their release. However, it doesn’t mean she will accept any role that comes her way because her choices now are completely different from those she took in the past.