Parineeti Chopra set to be in Imtiaz Ali’s Amar Singh Chamkila biopic, will miss out on Ranbir Kapoor starrer Animal!

Versatile actress Parineeti Chopra is set to work in Imtiaz Ali’s much-awaited next titled Chamkila, based on the life of Indian singer Amar Singh Chamkila! This is the first time that Parineeti will be working with Imtiaz and we are sure that this collaboration will be something to watch out for! Given this big development, Parineeti will unfortunately not be able to work in Animal, as there are serious date overlap issues between both these projects. 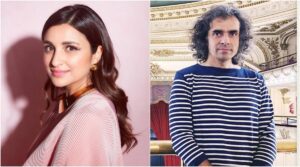 A trade source reveals, “Parineeti is going to work with Imtiaz Ali for the first time in her career as the heroine in the ace director’s next, Chamkila. It is a huge moment for her because she has always wanted to creatively collaborate with the visionary director.”

The informer adds, “She has to get into prep immediately for the shoot, and unfortunately due to this development, she won’t be able to shoot for Animal as there is a major overlap of dates between the two films. So, RK and Parineeti fans will have to wait a little bit longer for a new project to bring them together on screen.”

Given the director’s incredible cinematic visions, this is one performance that everyone will be waiting to watch from Parineeti Chopra’s end! Interestingly, Diljit Dosanjh has been approached to play the lead role. 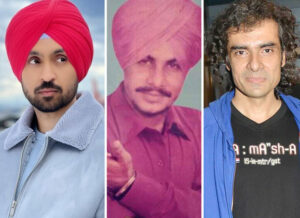 According to a report in a tabloid, the makers of the biopic wanted an actor who can sing as well. This is a special project for Imtiaz Ali and he wanted someone who could imbibe the role. When approached Diljit Dosanjh, he was immediately on board considering Chamkila has been one of his inspirations in the music industry. It is being reported that the Punjabi singer-actor will also croon some of Amar Singh Chamkila’s original songs