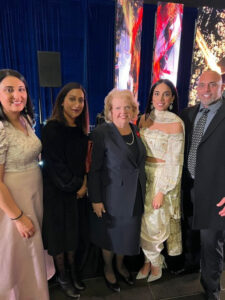 The Vancouver International South Asian Film Festival (VISAFF) was a huge success with over 80 film screenings, including 12 features and 8 documentaries, bringing together many respected members of the community from across Metro Vancouver and beyond.

The Opening Night Red Carpet Gala at Surrey City Hall kicked off VISAFF with great fanfare. Member of Parliament Randeep Sarai and Surrey Mayor Brenda Locke were among the many dignitaries in attendance. The audience was also wowed by performances of San Francisco based violinist Raaginder and Shiamak Davar’s dance troupe.

At the Gala, VISAFF recognized actress Balinder Johal with a Lifetime Achievement Award for her immense contribution to the entertainment world. Actress Agam Darshi was also presented with a Leadership in Film Award for her contribution to the entertainment industry and the South Asian community. Writer and Director Jacquile Singh Kambo received the Emerging Artist Award at VISAFF and we wish him all the best for his future projects. 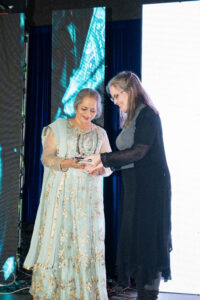 With the theme Unity in Diversity this year, representing a convergence of strong and authentic South Asian voices through the language of films, the VISAFF line-up included films in 16 different languages.
The Opening Night Feature Film No Land’s Man and the closing film Land of Gold made a big mark on the attendees. Most film screenings were sold out and were followed by lively Q&As with filmmakers and an engaged audience. The Pakistani and Punjabi Night screening of films Khel Khel Mein and Razaa were also very well received.

The five-day affair was lush with food and drinks, and wrapped up with an awards ceremony. Maasa (Directed by Phulawa Khamkar) won an award in the Best International Short Film category. Desi Standard Time Travel (Directed by Kashif Pasta) and Beast (Directed by Urvashi Pathania) shared the award for Best North American Short Film. The film to win the Best Documentary was HA NII TOKXW – Our Food Table (Directed by Farhan Umedaly). 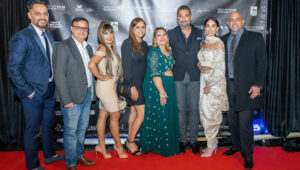 VISAFF Outstanding Speakers Panel included Bhupinder Hundal (News Director for Global BC), Gurpreet Sian ( Studio Analyst), Sonia Sunger (News Anchor at Global BC) and Nira Arora (Radio Host) who shared their ideas and experiences as South Asians in the Canadian media and the belief that building deeper connections with one another is the key to our community’s success. 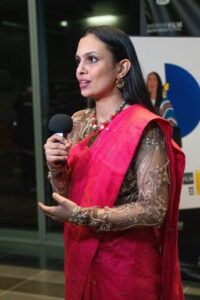 “It has been an overwhelming and amazing five-days with so much love and support from the community for the films, filmmakers and us,” said Festival Producer Mannu Sandhu. “Nothing lasts unless people decide to support it and we sincerely hope that everyone will continue to support VISAFF as they have over the past 12 years.