Election 2015 – Intention not experience is what matters! 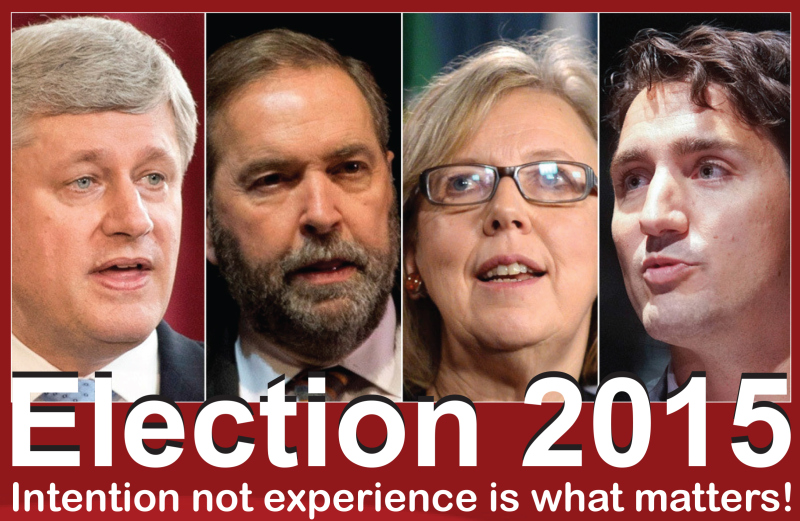 Reams has already been written about it, the dust has settled and as of this week, the new cabinet has already been sworn in and its business as usual in Ottawa and rest of the country. But what we saw happen last month was indeed spectacular – a fine example of what people power can do.

The mistakes the conservative party made on the campaign trail simply fuelled the discontent and anger people were already feeling towards the Harper government. The gutting of the long census form, the senate scandal, the poor environmental record, massive cuts to Canada Post , insensitive immigration policies, the senate scandal, Bill C24 and Bill C51 and as if this wasn’t enough, the perception that Harper himself was extremely controlling as a Prime Minister coupled by the long bitter and divisive campaign contributed to the death knell of the Conservative Party in  last month’s elections.

Change was desired and people did get the change, but what was extremely surprising was that the NDP, the official opposition that had over the last many years diligently highlighted the Conservative Party’s scandals and gaffes and which was riding the wave of popularity until the last few weeks of the campaign suddenly saw itself being brutally decimated . And in my opinion it was this and not the fact that there was a change at the helm of affairs in Ottawa is what made the last election absolutely stunning.

I am not a political pundit and only write what I observe and in the just concluded campaign, I overwhelmingly observed that people stopped listening to the overly wordy details of what Thomas Mulcair’s plans for a better Canada were.  The NDP fuelled in Canadians the need for change but handed it on a platter to the Liberals.  Canadians towards the end of the campaign hankering for change only saw a young,  practical, pleasant Justin Trudeau who wasn’t making any tall claims.

If you compare the platforms of both the Liberal Party and the New Democratic Party, they were quite similar in nature, but the way in which the issues were presented to the people, the key messages around the issues, the style of campaign, definitely   gave Liberals the winning edge.

Interestingly all of the Conservative’s digs about Trudeau being an inexperienced politician actually went in his favour because in this election Canadians clearly showed the world that not experience but intention is what matters!

I wish Trudeau all the best and certainly hope that Canada will only move forward now without looking back.