Inspired by Kal Dosanjh, A role model and an outstanding human being

Kids Play is a leading youth organization in the Lower Mainland. The organization is spearheading several sports initiatives and education programs for youth. This is a unique organization that is tirelessly working to empower youth by creating youth — adult partnerships so that the voice of youth is carried to the higher echelons of policy making to create dynamic polices that will help youth stay focused and become valuable contributors to nation building. Empowering youth and making them realize their true potential is the goal of Kids Play. Kids Play has inspired many youth to take up leadership role in programs that work towards establishing equity in society and has allowed them to voice their ideas for social justice.

Like every story, it has a main lead, a hero who initiates the transformation, Kids Play too has heroes … yes two accomplished men who conceptualized the organization and then many other young leaders joined them to nurture it with their ideas, tireless efforts, and passion. It was almost seven years ago that Kal Dosanjh and Arjun Bhullar started organizing sports programs for youth in the Downtown East side; and, today, the idea has taken the shape of the organization which has a vast network of volunteers and youth leaders and is recognized all over Canada.

Kal Dosanjh is a veteran police officer with the Vancouver Police Department, who has served in the Downtown Eastside for the last eight years. This area is considered one of the most challenging and violent environments in North America. Kal has been involved in creating programs to empower youth through sports and helps them stay away from drugs and other activities that can adversely affect their youth and adult lives.

The Times of Canada requested Kal to share his story of how Kids Play was born, and he narrated a fascinating tale which we are happy to share with you… hope this inspires you as much as Kids Play has been inspiring youth in our community to utilize their energies in sports and constructive activities and grow up to be responsible citizens.

Story of Kids Play as narrated by Kal Dosanjh 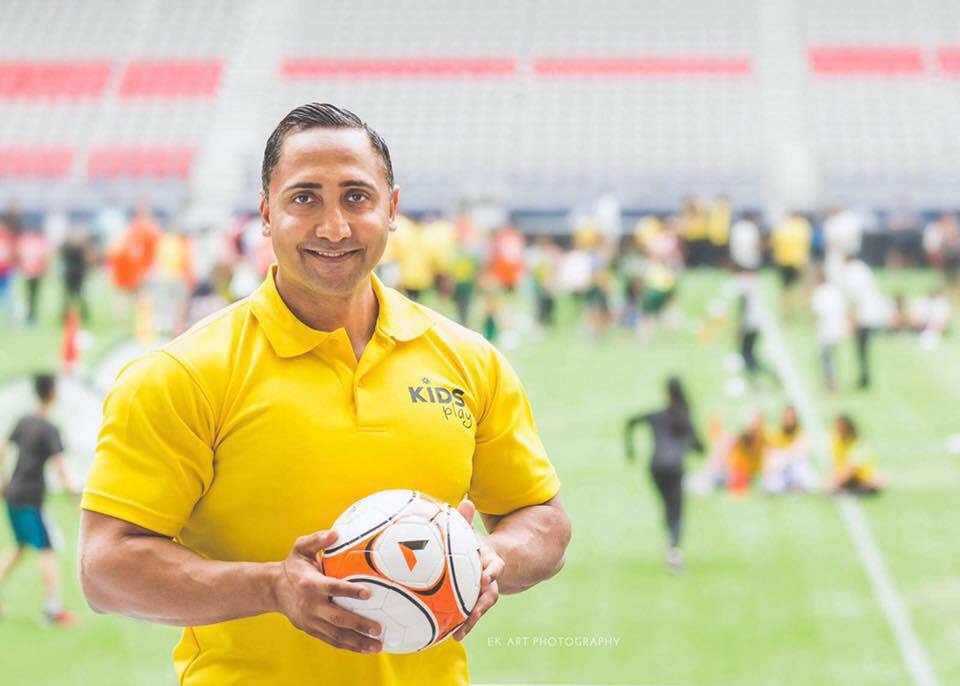 The first rays of the sun were beginning to peak over the mountain tops during this early Spring morning. The morning was crisp with blue skies, and the occasional nimbus cloud aimlessly drifted amongst a light breeze carrying the ocean. A few volunteers and I were driving towards Strathcona Park, a small desolate park located in the Downtown Eastside. Our one ton van had been loaded with equipment and water the night before.

We arrived at the park, the early morning dew still clinging to the grass, and a light hazy mist swirling amongst the trees. We parked on the east side, surrounded by large industrial factories, manufacturing paint, and countless other products. We removed the equipment and began organizing it on the fields with meticulous care. Slowly and gradually, our mini fields were laid out in their grids, on gravel and grass. As the tables and tents were being set up, the first batch of inner city kids was arriving. Their eyes lit up at the trophies and medals glistening in the early morning sun, spawning ambition and hope. As more of the kids arrived, some danced with barely contained exuberance, while others sat silently with thinly veiled smiles, bearing burdens of cynicism and a deprived child hood. Perhaps, it was our naïve idealism which drove our passion to provide them with positive constructive outlets as an alternative to the dust and decay which had eroded and worn down any enthusiasm they should have possessed at their age. Their rough edges were a survival mechanism; a necessary coping tool evolving from a need to digest the broken windows at abandoned buildings, the 24/7 spectacle of lights and sirens howling throughout the night, suspicious individuals lurking on street corners dressed in black offering a glimpse of a momentary escape in tiny packets held in their open palms at the end of extended arms with malicious grins. This place, this contortion of mangled realities, was a far cry from white picket fences, fresh cut lawns with savory streams of aroma flowing from bbq sets, while the children played on their bikes or jumped through sprinklers in the safety of their upper echelon neighbourhoods.

The only flame to provide any warmth to this bleak scene was the hope which raged in their hearts and minds. Any sense of defeat evaporated and extinguished when these children refused to allow their circumstances to dictate their sense of joy and happiness. Maybe it’s because they didn’t know any better; maybe because they didn’t possess the life experience or reference points to fully comprehend the enormity of their socio-economic conditions, which far surpassed the depth and scope of what their little minds could process or conceive.

When they arrived at the park, they didn’t care if it was a mirage or some illusion to momentarily distract them from harsh realities. It was an opportunity; an opportunity to be a kid again. The time had come, the whistle blew, and the games had started. There were scrapes, scratches, victories and defeats, but nonetheless, a smile on every face. Slowly, the cool crisp morning melted into a warm early spring afternoon.

As the medals and trophies were handed to each child, it was a metaphorical passing of the baton. More than just a shiny object, these 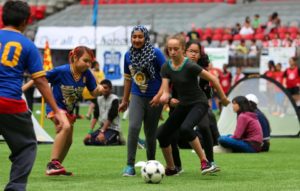 medals were symbolic of a greater responsibility to help others in need. These children would now go forward comforted with the thought that they were neither the neglected nor the abandoned, that they were appreciated, and deserved as much as the privileged few. A continuous pursuit of providing these children with basic amenities and resources would undoubtedly help them climb out of the trenches of despair and provide them a platform to exceed the expectations normally afforded to them.

Watching the buses slowly depart at the end of the day, it reminded me of how it all started; I had lost count of the endless stream of youth entering the open air drug market in the Downtown East Side (Main/E.Hastings). I was perpetually spinning my tires in the mud of the death and decay of that world, which had come to resemble some distance future dystopia. The wheels of our justice system slowly grinding these youth through procedural formalities before spewing them into the Youth Detention Center, only for them to emerge months later more equipped to excel as a street level dealer or common thug. It was then that it occurred to me that we needed to intervene at a grassroots level. That became the genesis of the Youth Soccer Tournament. After securing the bare minimum funding to run the program, we planted the seed. Every year, that program grew exponentially, picking up momentum as all the key stake holders began to understand the value in making a difference.

Approximately 7 years after the program began, with about 150 youth, we secured BC Place Stadium with over 1,500 youth participating in the program. Some of these kids, whose parents worked multiple jobs to make ends meet, would never see the inside of BC Place Stadium. These kids were now playing on the same artificial turf that their soccer heroes played on. This same concept needed to be transplanted into the general community so that all youth could benefit from it. It was then that I sat down with co-founder Arjun Bhullar, a well-respected athlete and community figure that represented Canada at the Olympics in wrestling, bringing home a medal. We both registered a non-profit organization, and named it Kids Play. That first year we provided a multitude of free educational forums and free high quality sports programming. We believed that sports and education went hand in hand and were two sides of the same coin.

A sport provides key attributes and characteristics necessary to succeed in life; such as developing leadership skills, promoting team work, and instilling a sense of work ethic and discipline. However, if sports are the engine, education is the steering wheel. Education provides the guidance, direction and knowledge required to understand the complexities of the world.

That first year we had over 25,000 youth who participated in our programs. As we spear-headed new initiatives and secured additional funding for the next year, I’m proud to say we had over 25,000 kids go through program over the course of the first two years of Kids Play. There are three sources of fuel which run Kids Play:

The future holds promise for us as we continue to grow and cater to the needs of the community. I know that the next generation is in safe hands, as I see hard working individuals within 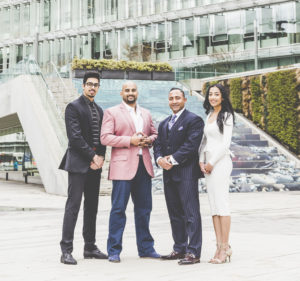 the ranks of our organization move forward with the resolve and conviction to make a difference, individuals such as our Vice President, Kiran Toor; Senior Executive Board Members, Rana Sethi and Jessy Rai; and Director of Operations, Kamal Badesha, to name a few. If all my efforts could be captured in a single snapshot, it would be perhaps the simple thank you that I received from the kids walking away with their medals on that early Spring afternoon at Strathcona Park.

At The Times of Canada, we believe that sports is a dynamic mechanism to engage youth of all races, genders, and classes. It can contribute in reducing youth crime by giving young people a positive identity, feelings of empowerment and by helping youth acquire leadership, teamwork and self-governance skills under adult supervision. We salute the team and volunteers of Kids Play for their fortitude  and commitment.