Makers of the Inclusive World – honored at the Dr. Ambedkar Chetna Awards Night

Reid received the S. Tara Singh Hayer Journalism Award, named after Surrey’s publisher who was assassinated at his home in Surrey on November 18, 1998.  Hayer was a celebrated and outspoken journalist whose legacy included providing a voice to the marginalized communities that were ignored by other media outlets.

David Dalley, honorary chair of Chetna Association and Dr. Ambedkar Federation described Reid as “one of Surrey’s most courageous and compassionate journalists” and “a multiplier of courage in our community”.

The other two awards were named in honor of Dr. Ambedkar, a human rights champion who framed India’s constitution based on principles of equality, liberty and fraternity.  Ambedkar was also successful at negotiating and enshrining safeguards for India’s one-quarter of a population that has been historically at the bottom of the social and economic hierarchy for thousands of years, also known as the “untouchables” or “Dalits” in India.

The Dr. Ambedkar Arts & Literature Award was presented to the Writers International Network Canada for engaging poets globally regardless of their social, racial, economic, and caste identities.

In recognition of contributions to the field of human rights, journalism and social justice, the Dr. Ambedkar Social Justice Award was presented to IT Productions CEO, Ms. Shushma Datt.  Datt’s  leadership for addressing race, caste, and gender based discrimination was a highlight of this year’s contribution she made, “Raising Hands Against Racism”. 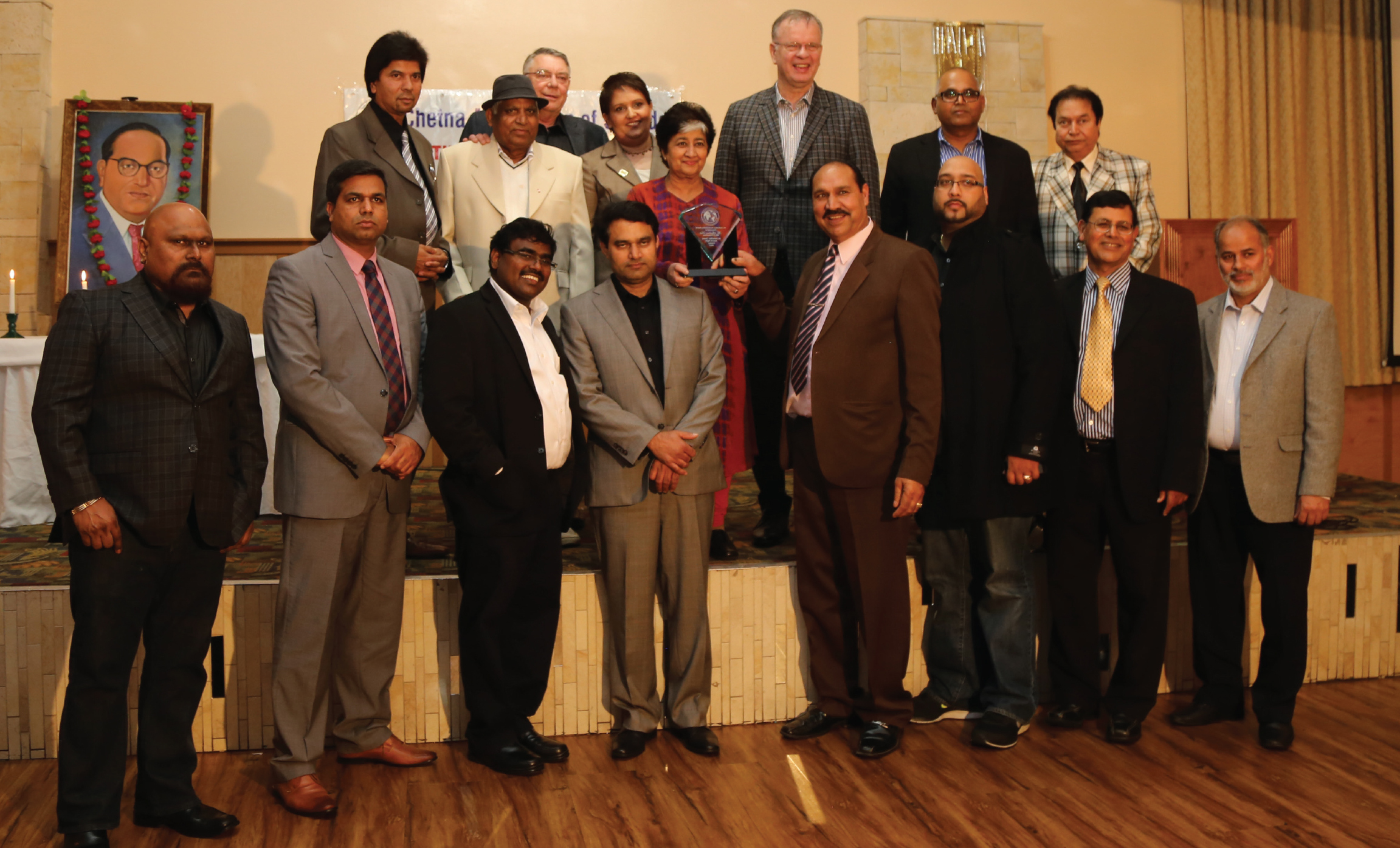