Victoria, January 22, 2020: Premier John Horgan has made changes to cabinet that reflect government’s commitment to a strong, sustainable and innovative economy that benefits people and communities throughout British Columbia.

“These ministers will work hard every day to deliver sustainable economic growth that provides good jobs, a better quality of life and a stronger province for people in every region. I am confident they will put their knowledge and energy to work for people, as we focus on building an economy that works for everyone,” Premier Horgan said. 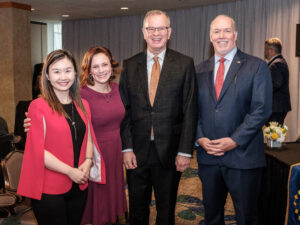 Anne Kang has been appointed Minister of Citizens’ Services. Kang will connect more rural, remote and Indigenous communities with high-speed internet, creating jobs and opportunities for people and businesses. Kang will continue the work to modernize government procurement, so that more local, small and medium-sized companies can do business with government more efficiently.

Michelle Mungall has been appointed as Minister of Jobs, Economic Development and Competitiveness, formerly the Ministry of Jobs, Trade and Technology. Mungall will continue to promote B.C.’s tech sector, economic growth in communities around the province and support business competitiveness. Mungall will be responsible for trade, and engage with industry associations and major sectors on government’s approach to quality economic growth.

Bruce Ralston has been appointed Minister of Energy, Mines and Petroleum Resources. Key priorities include implementation of ministry initiatives supporting CleanBC – government’s plan for climate action – and in so doing, support innovation and development in the clean technology sector, including renewable energy and carbon capture and storage. Ralston will also oversee BC Hydro and make sure B.C.’s wealth of clean, renewable electricity powers the province into the future. Ralston will continue to serve as lead minister for consular affairs.

“British Columbia has tremendous advantages,” Premier Horgan said. “We have rich, natural resources, innovative technologies, skilled entrepreneurs and a competitive business environment. Our government has shown that investing in services people need and making life more affordable grows our economy and helps B.C. remain resilient. We’re going to keep working for people and make sure our economy works for everyone, in every region.”

A full list of the Executive Council follows in a backgrounder. With these appointments, B.C.’s cabinet remains gender balanced. 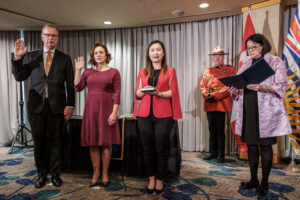