Sonu Sood urges Indian Embassy to find an alternate route for the evacuation of Indian citizens stuck in Ukraine amid the war ; Priyanka Chopra calls situation in Ukraine ‘terrifying’, urges people to help

The ongoing war between Russia and Ukraine has already claimed several lives. Several Indian citizens are also stuck in the war-torn country of Ukraine. Among them are thousands of students who were living in the country to pursue their education. Recently, actor Sonu Sood urged the Indian government to ensure that Indian citizens stuck in Ukraine are brought back home safely. 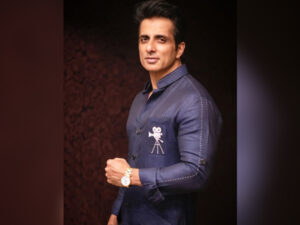 The world is shook by the ongoing war between Russia and Ukraine. The tension going on between the nations has thrown the lives of innocent residents of the European nation out of gear. Amid the tense situation, Bollywood celebrities have expressed concern about the people living in the country and also hope for peace.
Taking a stand on the situation, actress Priyanka Chopra Jonas on Friday dubbed Russian military’s attack on Ukraine as “terrifying” and said it was difficult to understand how the situation has escalated to a “catastrophic point”.
Priyanka Chopra took to her Instagram handle and shared a video with a long post. Sharing the clip, Priyanka wrote a long caption that reads, “The situation unfolding in Ukraine is terrifying. Innocent people living in fear for their lives and the lives of their loved ones, while trying to navigate the uncertainty of the immediate future. It’s difficult to comprehend how in the modern world this could escalate to such a catastrophic point, but this is a consequential moment that will reverberate around the world. There are innocent lives living in this war zone. They are just like you and me. Here is more info at the link in my bio about how to assist the people of Ukraine.”