Shah Rukh Khan and Nayanthara to shoot for Atlee’s film next week -Exclusive!

Shahrukh Khan is back from Spain and will begin shooting for his home production directed by Atlee from next week. An industry insider revealed to ETimes, “Nayanthara will be joining the actor in this schedule, which will go on for about 10 days in Mumbai.” 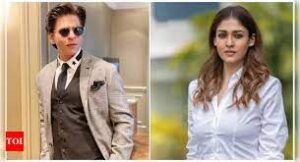 SRK will take a break from the shooting of this film and start shooting for Raju Hirani’s film, which is scheduled to go on floors from April 16 in Mumbai. The film has Vicky Kaushal playing a cameo and there’s been speculation of Taapsee Pannu playing the leading lady, but there’s been no confirmation on this from the actress or the film’s unit.

Shah Rukh did shoot for Atlee’s film in South Mumbai before leaving for the ‘Pathaan’ schedule. SRK’s film with Atlee went on floor in September last year, with Nayanthara as his co-star. The shooting began in Pune and later the schedule of the film took place in between the ‘Pathaan’ shooting. Atlee first met SRK during the IPL after which the two decided to work together. SRK has always been very clear that he does not want to work in a remake and therefore a new script was written for him. 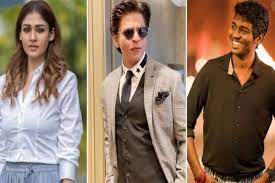 Atlee’s film is touted to be an action packed entertainer. Reportedly, SRK will essay a double role in the movie and there are speculations that the roles could be of a father and a son. The film will also feature Sanya Malhotra and Sunil Grover in important roles.