Singer KK died after a live concert in Kolkata.

Krishnakumar Kunnath, popularly known as KK, died on Tuesday night in Kolkata, according to officials.

He was 53 years old.
KK was feeling ill when he arrived at his hotel after singing for nearly an hour at a concert earlier in the evening, according to officials.

He was taken to a private hospital in south Kolkata, where doctors declared him dead, according to reports.

“It’s unfortunate that we couldn’t treat him,” a hospital official said. 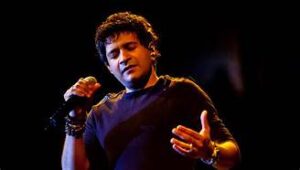 Arup Biswas, West Bengal Sports and Youth Affairs Minister, told reporters that the body had been sent for a post-mortem examination.

“His relatives have been notified. They are expected to arrive in Kolkata on Wednesday morning “Biswas stated.
He stated that KK arrived in Kolkata on Monday and performed at Nazrul Manch for a function hosted by another city-based college on the same day.

KK is a multilingual singer who has recorded songs in Hindi, Tamil, Telugu, Kannada, Malayalam, Marathi, and Bengali, among others.

PM Narendra Modi expressed his condolences on the death of Krishnakumar Kunnath. 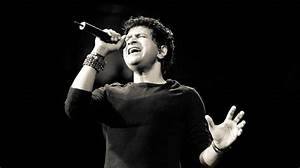 He wrote on Twitter, “We are saddened by the untimely death of noted singer Krishnakumar Kunnath, also known as KK. His songs reflected a wide range of emotions and touched people of all ages. We will remember him forever through his songs. Our hearts go out to his family and fans. Shanti Om.”
Harris Jayaraj, a Kollywood music composer, paid tribute to the singer on Twitter.

“My “Uyirin Uyire” has died. Singer KK, rest in peace. What shocking news to hear when the entire world is praising his most recent single, “Konji Konji.” I am completely devastated, and my heartfelt condolences go out to his family and friends “He wrote something.