The year 2021 is clearly the most happening year for Bollywood as most actors are rumoured to be tying the knot either this year or next. Rajkummar Rao and Patralekhaa got married recently. There are talks that Vicky Kaushal and Katrina Kaif will get married in early December while Ranbir Kapoor and Alia Bhatt are rumoured to have a summer wedding next year. Ranbir’s cousin, Armaan Jain is also rumoured to marry Tara Sutaria next year. Amidst all these wedding reports, there is a fresh update on the wedding of Sonakshi Singh.
According to reports, Sonakshi Sinha is rumoured to soon become the bahu of Salman Khan’s family. Daughter of ‘Shotgun’ Shatrughan Sinha, Sonakshi Sinha may soon become a bride. There are rumours that Sonakshi has been in a relationship with celebrity manager Bunty Sajdeh. Fresh media reports have claimed that the couple will soon be getting married. 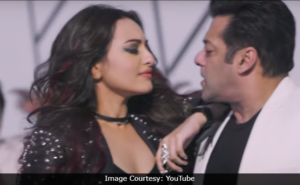 Sonakshi Sinha debuted with ‘Dabangg’ opposite Salman Khan. The actress already has strong relations with the ‘Antim’ actor. However, if she marries Bunty Sajdeh, her relations will Salman Khan and his family would only strengthen further. 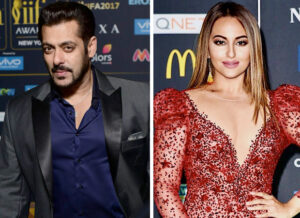 Bunty Sajdeh is the owner of ‘Corner Stone’, a PR agency that is said to be managing cricketer Virat Kohli. Bunty’s Instagram handle also reflects on his closeness with Virat Kohli. So, if their wedding is happening, not just Bollywood celebrities but cricketers and politicians too will be attending it.
The 34-year-old actress, who has frequently been spotted with Bunty Sajdeh has parties, has been rumoured to be dating him for the last three to four years. He was also rumoured to be in a relationship with actresses Sushmita Sen, Dia Mirza, Neha Dhupia, and Sameera Reddy. While there is no official confirmation on Sonakshi Sinha and Bunty Sajdeh’s wedding, we can’t wait to witness another Bollywood Shaadi!