NBA legend Kobe Bryant and one of his daughters were among nine people killed Sunday in a helicopter crash in Calabasas, California, a source confirmed to TOC. Bryant was 41. 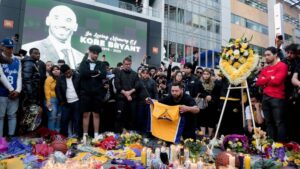 Bryant was on his way to a youth basketball game with his daughter Gianna Bryant, who was 13, when the helicopter crashed, sources said. Los Angeles County Sheriff Alex Villanueva said in a news conference that there were no survivors, and according to the flight manifest, there were nine people on board the helicopter.

The cause of the crash is unknown. The helicopter departed from John Wayne Airport in Orange County at 9:06 a.m. PT. It was going to Mamba Sports Academy in Thousand Oaks for Gianna’s game, sources told TOC. The first 911 call reporting the crash was received at 9:47 a.m. 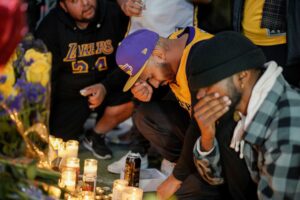 Tributes continued pouring in from around the world Monday for Kobe Bryant, an American icon whose cultural impact went far beyond the NBA.
The news brought a massive crowd to the Staples Center, where Bryant led the Los Angeles Lakers to five NBA titles. The tributes continued inside at Sunday night’s Grammy Awards, during which host Alicia Keys called the stadium “the house that Kobe Bryant built.”

Crews will continue to scour the crash scene Monday. Officials said it could take as long as a week to collect all of the evidence.