Bollywood actress Kangana Ranaut who is all set to make her digital debut as a producer, with the upcoming film ‘Tiku Weds Sheru’ took to her Instagram handle to announce that she has completed filming the same.
Sharing a bunch of fondest moments with the cast Nawazuddin Siddiqui, Avneet Kaur, Kangana penned a heartfelt note which read, “Today by the grace of God we have completed filming of our first project of Manikarnika Films Pvt Ltd … it’s been a gratifying experience and we have so many people to thank for this …” 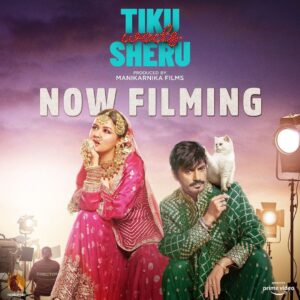 She also added, “Heart felt gratitude to everyone who has been a part of this journey personally, emotionally or in spirit… Thank you … eagerly awaiting to present this gem to the world now … see you in cinemas soon ❤️ #TikuwedsSheru” 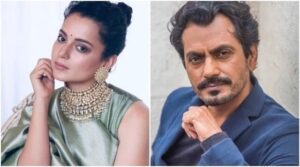 Last year, Kangana had announced the launch of her production house Manikarnika Films. With this, the actress also dived into the web space. “With ‘Tiku Weds Sheru’, Manikarnika Films is venturing into digital space. It’s a love story and a satire with dark humour. In the digital space, we will do more edgy, new-age and niche content,” said Ranaut. “We will also launch new talents and take risks with new concepts. We feel the digital audience is slightly more evolved than the regular cinema-going audience,” she had told a new portal.