Malaika was attending a fashion event in Pune and her car reportedly met with an accident on the outskirts of Mumbai. She has sustained minor injuries and was immediately rushed to a hospital. ETimes reached out to Malaika’s sister Amrita who confirmed the development and informed through a message that read, “Malaika is now getting better. She will be kept under observation for some time.” 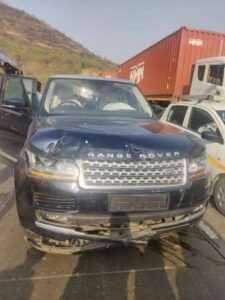 Some time ago, ANI took to their official Twitter handle to share an update for the same. The tweet read, “Actor Malaika has minor injuries on her forehead; CT scan has turned out fine & she is currently okay. The actor will be kept under observation for the night & will be discharged in the morning tomorrow: Apollo Hospital”
According to a news portal, Khopoli police shared that the actress received minor injuries and was taken to the Apollo hospital for treatment.
The police inspector said, “The accident happened at the 38km point on Mumbai-Pune expressway which is an accident prone area. Three vehicles rammed onto each other and all three vehicles have received damages. The motorists drove away immediately after the accident and hence what kind of injuries have been received is not clear. We are told that all have received very minor injuries”. Now a FIR will be registered after investigating how the accident happened.

Apparently, Malaika’s car was between two tourist vehicles. “We have received the registration number of all the three cars and now we would contact the owners to understand what had actually happened, ” Assistant police inspector Haresh Kalsekar from Khopoli police station said.
Acc
Meanwhile on the personal front, Malaika is dating actor Arjun Kapoor. after her divorce from Arbaaz Khan in 2017. The actress who has appeared in many hit songs like ‘Chaiyya Chaiyya’, ‘Munni Badnaam Hui’ is currently judging dance reality shows.