Rabbi Pannu from Tarntaran is a popular Punjabi Singer and a Model. In 2018, Rabbi made his singing debut with the song Farmer Bandey and received an amazing response. The song has more than 2 Million Views on you tube. The response encouraged the artist to keep working and make more such rocking numbers.

About the success, the artist shares, “When my first song released, I didn’t expect it to be such a big hit. But the audience loves proper Punjabi songs which have enough punch and energy in it. 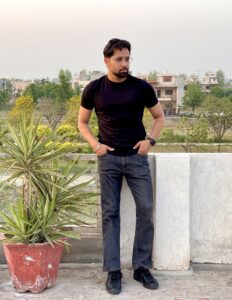 When I heard my songs being played at various events, wedding functions and parties, I was extremely happy. It made me believe that I am on the right track of my career.”

As a singer Rabbi Pannu’s success started growing as a music artist, he love to work with newcomers like singers, music directors or video directors. He believes that we can’t judge the capability of anyone without giving him the chance to prove himself.