Alia Bhatt on Kangana Ranaut’s ‘papa ki pari’ comment, her claim Gangubai Kathiawadi will bomb: ‘Lord Krishna said…’Alia Bhatt wishes to build her production house in next 10 years, wants to do films that make her rush to sets

Alia Bhatt took the high road as she responded to the repeated attacks that have been levelled at her by Kangana Ranaut. Kangana has claimed that Gangubai Kathiawadi will lose Rs 200 crore at the box office.
Alia Bhatt, whose film credits include Highway, Udta Punjab, Dear Zindagi, Raazi, and Gully Boy, said she wants to work on character-oriented and mass entertainer projects. 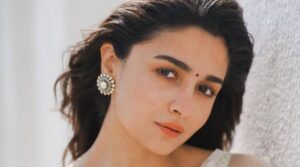 Alia Bhatt, who completes a decade in films this year, says she wants to continue proving her mettle in acting by being part of movies that “make her heart skip a beat”. 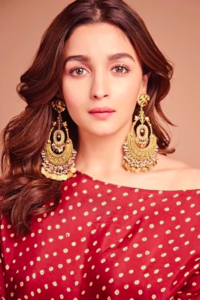 The 28-year-old actor, daughter of filmmaker Mahesh Bhatt and actor Soni Razdan, made her feature film debut as a lead with 2012’s Student of the Year alongside other first-timers Sidharth Malhotra and Varun Dhawan. 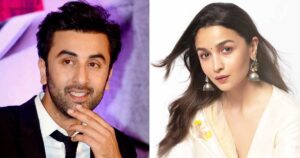 When she entered the film industry, the actor said she wanted to balance her acting career and was keen to show her versatility as an actor. “(so) I picked up roles that are challenging and less safe,” said the actor.
Going forward, Bhatt, whose film credits include Highway, Udta Punjab, Dear Zindagi, Raazi, and Gully Boy, said she wants to work on character-oriented and mass entertainer projects.

“Now, in this part of life, I want to do front foot characters and mass entertainers because that is not easy to do either. I first wanted to prove to myself that I can act then prove to the world, which simultaneously happened. And it will continue to happen. I don’t disappoint people.
“From now on, I want to just enjoy films. Now it is about: ‘I will do a film that will make my heart skip a beat’. I will do a film that gives me energy every time I wake, a film that makes me want to rush to sets. And that is now my process and that will keep me happy along the way,” Alia told PTI.

Last year, the actor also turned producer with Darlings, which she has backed under her banner Eternal Sunshine Productions. The upcoming dark-comedy is billed as a story of a quirky mother-daughter duo starring Shefali Shah and Alia.