In Secular India, Now It’s Getting Tougher to be Muslim

Dec.12, 2019: India’s parliament has passed a bill that would give Indian citizenship to immigrants from three neighboring countries but not if they are Muslim. The Lok Sabha, Tuesday midnight, passed the Citizenship (Amendment) Bill with 311 – 80 voting in favour.
The controversial Citizenship Amendment Bill (CAB) will fast-track citizenship for religious minorities, including Hindus, Sikhs, Buddhists, Jains, Parsis and Christians, from Afghanistan, Bangladesh and Pakistan.
Opposition parties say the bill is unconstitutional as it bases citizenship on a person’s religion and would further marginalize India’s 200-million strong Muslim community.
The government, ruled by the Hindu nationalist Bharatiya Janata Party (BJP), said the bill seeks to protect religious minorities who fled persecution in their home countries.
It cleared the Rajya Sabha, India’s upper house of parliament where the BJP lacks a clear majority, on Wednesday with 125 votes in favor and 105 against.
In secular India, it’s getting tougher to be Muslim.

Modi celebrated the bill’s passing on Twitter. “A landmark day for India and our nation’s ethos of compassion and brotherhood!” he wrote. “This bill will alleviate the suffering of many who faced persecution for years.”
The day before, lawmakers approved the bill 311-80 in the lower house of parliament — the Lok Sabha — which is dominated by Indian Prime Minister Narendra Modi’s BJP.
The bill will now be sent to the President to be signed into law.
“I think it is, without exaggeration, probably the most dangerous piece of legislation that we’ve had because it amounts to truly destroying the very character of the Indian state and the constitution,” Harsh Mander, an Indian human rights activist and author, told CNN.
The bill’s passage has drawn widespread opposition and protests, especially in the North-Eastern States. 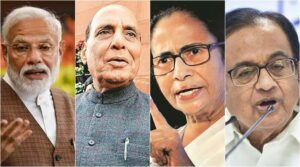 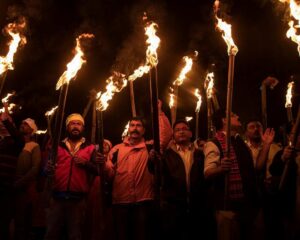 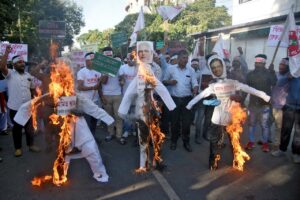 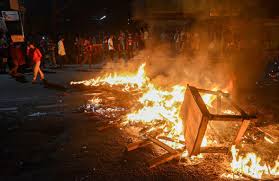