Jai Birdi, a man with vision and mission to build inclusive society 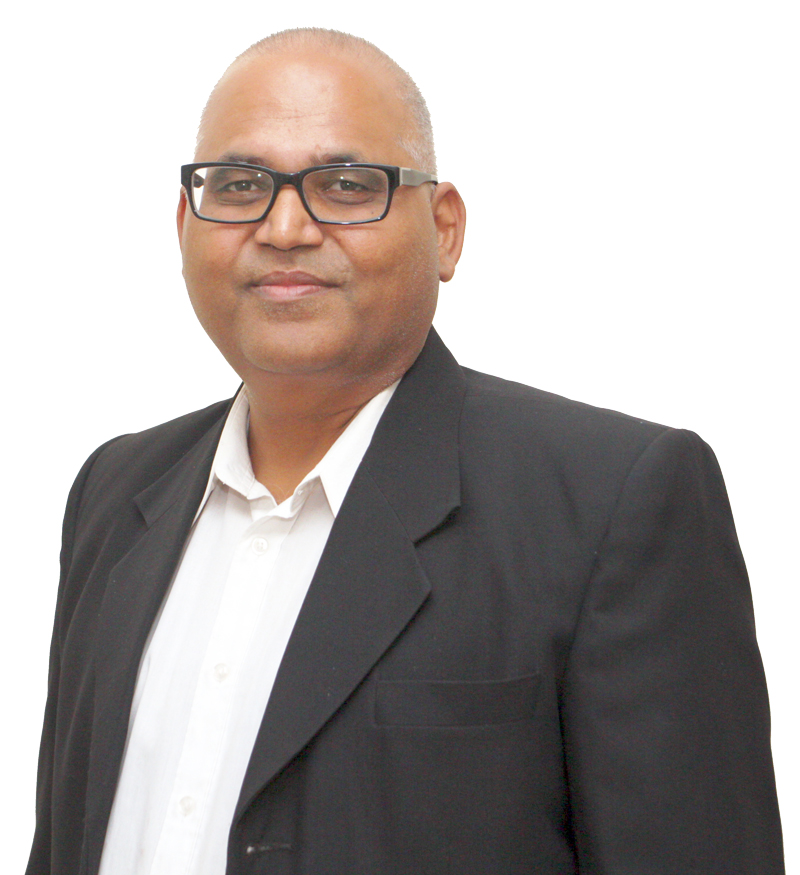 Recently, The Times of Canada had an opportunity to speak with Jai Birdi, Director of Regional Operations, South Fraser Region at CLBC. Jai is a visionary and straightforward person. His simplicity reflects through his thoughts and actions.  He is involved in many initiatives of social justice that deal with Gender equality, Caste and Class difference. He loves his job at CLBC, the mission and vision is close to his heart. He says, “This job gives me an opportunity to keep working on my passion – building an inclusive society.”

Jai has over twenty-five years of experience in the social service sector.His work has been recognised on many occasions. In 2013 he was felicitated with Queen’s Diamond Jubilee Medal and in 2008 he was honored by Shri Guru Ravidass Sabha (Vancouver) for his social work.

Prior to joining CLBC in 2005, Jai worked as a social worker, team leader, and regional operations manager for the Ministry for Children & Family Development.  He graduated from Simon Fraser University and has a Bachelor’s Degree in Social Work from UBC.

Born in India, Jai came to Canada at the age of 13 and adopted the new country very easily. He remembers growing up like a normal kid in the beautiful Fort St. James, near Prince George, BC.  It was in 1983 that the family moved to Lower Mainland and since then Jai has lived and worked here.

His inspiration is Dr. B.R Ambedkar, the renowned thinker and social leader whose greatest contribution was Indian Constitution. Another personality that has left indelible mark on Jai’s life is Dr. Martin Luther King. The three pillars of Jai’s work and life are – Equality, Liberty and Fraternity. All three were the principles to which Dr. Ambedkar devoted his life. When asked how did he entered this field of work, Jai says, “ It was during the course of his study in Sociology and Social work at SFU and later at UBC that I started drawing parallels from work, and life in general and became more aware and disillusioned at the same time of the society’s segregation.”

“Dr. Ambedkar’s principles and his ideas on how to dismantle the caste structure and bring everyone at par regardless of their birth are foundation of all the work I do.”

One thing that surprised Jai was that despite being a famous thinker and leader, Dr. Ambedkar’s books were not easily available in Canada. He reached out to the Consul General of India to bring Ambedkar’s writings to SFU and his efforts paid off. Today, SFU has a collection of Dr. Ambedkar’s books. Continuing with his vision to bring Dr. Ambedkar’s teachings to mainstream, Jai has been able to convince the Surrey Central Library to name one of their multipurpose rooms as Dr. B.R. Ambedkar Room.

In 1996, along with Surinder Ranga, Jai founded Chetna Association of Canada in Vancouver, an organization that strives to create an inclusive community. Chetna means ‘awareness’ and organization under the leadership of Jai is continuously working towards creating awareness about the ills that still lurk in our Canadian society and how we can fight them to bring equality in a true sense.

He says to create an inclusive society and to give an opportunity to people to reach their maximum potential we have to ensure that there are no barriers like caste, color or class. 10 years ago, Chetna Association organised a Dalit Conference in Vancouver which was attended 500 by thought leaders and sociologists.  The idea was to bring forward the issue of caste discrimination that came to the shores of Canada along with the immigrants and did not conform to the ideals on which Canadian society is based.

Jai has been instrumental in organising seminars, dialogues and conferences to contemplate on Dr. Ambedkar’s ideals, philosophy and work.  Recently one such seminar was held at SFU in collaboration with Carleton University.

He says, “My aim is to help people who have been discriminated on the basis of caste. I want to help them stay focused and motivated and keep contributing to the Canadian society positively.” His dream is to establish an institution where people can have open dialogue, share ideas and work to bring equality and inclusiveness in their areas of influence.

He says that over the years he has come across many instances where apart from individuals, the institutions also reinforce the feeling of segregation of people on the basis of their caste, color, and class. His is an ongoing fight, a good fight to build a society on the principles of inclusiveness and equality.

Another topic close to Jai’ heart is arts and culture. He says arts & culture are integral part of how a society, and its people develop and perceive each other. His not too comfortable with the current Punjabi music  scene. He says we have some wonderful talented people who are trying to keep the sweetness, the grace and strength of true Punjabiyat  alive but then the popular music is not at all reflective of what a true Punjabi culture is. He wants to initiate a dialogue on the reforms that can be brought within the arts and culture aspect of Punjabi community and make it flourish more in this vibrant country.

Talking about his family, Jai says, that without the support of his parents and wife he would not have been able to achieve any success. His line of work requires lot of time outside the home and his wife is very thoughtful and supportive, she has taken over lot of responsibilities of raising the family.  He also has very loving and supportive extended family who inspire him to follow his passion and vision.