“Congress is asking people in Punjab to choose between Channi ji and Sidhu ji as the CM face. Why did Congress not include Jakhar ji’s name?” Mr Kejriwal said in a Hindi tweet, refering to Mr Sidhu’s predecessor Sunil Jakhar. 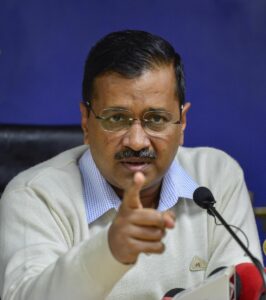 Delhi Chief Minister Arvind Kejriwal has a query for the Congress as the party took a page out of Aam Aadmi Party’s book and sought public opinion on its Chief Ministerial candidate. Caught between pressure from supporters of party chief Navjot Sidhu and the internal favourite Chief Minister Charanjit Singh Channi, the Congress had started collecting public feedback through Interactive Voice Response calls a few days ago.
This afternoon, Mr Kejriwal questioned them about the lack of a third option — one that was allegedly rejected on religious grounds. 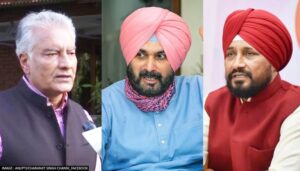 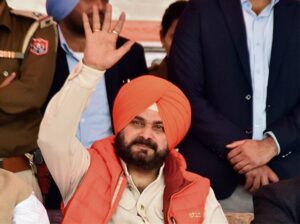 “Congress is asking people in Punjab to choose between Channi ji and Sidhu ji as the CM face. Why did Congress not include Jakhar ji’s name?” Mr Kejriwal tweeted, referring to Mr Sidhu’s predecessor Sunil Jakhar.

AAP’s Raghav Chadha tweeted on the issue as well. His post, citing an apparent claim from Mr Jakhar that he was ruled out of the Chief Ministerial race as he was not a Sikh.
Mr Sidhu was chosen to replace Sunil Jakhar during his long tussle with Amarinder Singh as part of a peace formula with the ambitious cricketer-turned politician and a section of MLAs who wanted Mr Singh out. The experiment, however, failed and weeks later, Mr Singh had to step down.

Mr Jakhar since has kept a low profile, emerging from time to time to take a dig at AAP.

Today, asked about the controversy, Mr Jakhar said, “No rocket science when it is said that any fight has to be fought under a unified command. Obvious that only one would lead and others would have their own roles,” reported news agency ANI.

Ads by
Navjot Sidhu, Mr Kejriwal had said, received 3 per cent of the 21 lakh-plus votes received, in contrast to the 93 per cent for Bhagwant Mann, who was later named his party’s Chief Ministerial candidate.

It drew a sharp reaction from Mr Sidhu, who accused the Aam Aadmi Party chief of being a “fraud”.

“He (Arvind Kejriwal) is trying to fool the people of Punjab through his dirty tricks…AAP has created a hybrid model of fake news,” Mr Sidhu told reporters, seeking action against him from the Election Commission.